Good to hear someone in the government-land-manager department has their head outta their ass...
http://weku.fm/post/breaks-interstate-p ... s-kentucky
Top

Thats great news. Hopefully there will be some good rock climbing down there
Top 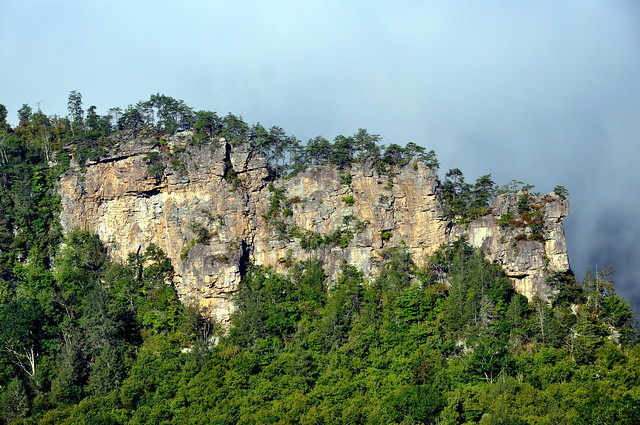 kkscm did a lot of work to get the ball rolling and help make this happen in cooperation with the Access Fund and WV (?, I think) Climbers Coalition (contacted land manager, presented to park "master plan" committee, probably some other stuff).
She has a bunch of photos and videos of some of the cliffs out there. I'll see if I can get her to post them, the rock looks pretty great.
Top

but this has all become a possibility because of the Breaks' awesome leadership (Austin Bradley).
Just a quick comment on the future possibility of climbing at the Breaks:
Breaks remains closed to climbing, but we're optimistic. Myself, Southwest VA Climbers Coalition, and Access Fund have been working with the park throughout their master planning process. That plan will include the possibility for climbing once official this March. We continue to work with the park to address climbing management plans and concerns. You can contact Zachary Lesch-Huie with Access Fund if you have questions. I will provide status updates as things progress and pictures/videos at a later date.
Top

This is a going to be a great area in a place that is in bad need of the little extra money from climbers. I can't wait to see this get the green light.
I love jugs
Top

funny; could be just because i'd sat in the car for about 5 hours at the point where i drove past the turn off to the Breaks and still had 3 hours to go until the Red, but year after year the impusle got stronger to take the time and go check it out. there is a pull to the geography here but also maybe some doubt about the willingness to chop down mountains that pushes (-d?) people away?

i guess i'm a little wary of 'improvements'....

the ziggurat at center is what is left of the forested mountain that, well, lacked a road on it?
training is for people who care, i have a job.
Top

My great great uncle, Kelly J. Day of Kentucky and Colonel Lee Long of Virginia were the leaders in the effort to establish Breaks Interstate Park, way back when. I drove all the way from Montana a few years ago just to get a look at the place. It would be cool to see climbing accepted there.
Top

I went there in the late 90s and down along the loop trail were bolted sport lines. And when i climbed a crack it had bolted anchors.
No creeds, manuals, or special translations
Top

Awesome. Kylie you are super woman. Now get on the news URL that Dustin posted and put some positive feedback to the story. Let's keep the ball rolling.
Top

There's been climbing at the Breaks (under the radar) Since before the 90's. I'm thinking Hamsco may have had something to do with it! Just like at the Big South Fork. For you adventurers there's 1000's of feet of high cliff down there along the river going west. But you have to work to get to it. No walk up like the Red. No roads!
Top

Bruisebrother wrote:There's been climbing at the Breaks (under the radar) Since before the 90's. I'm thinking Hamsco may have had something to do with it! Just like at the Big South Fork. For you adventurers there's 1000's of feet of high cliff down there along the river going west. But you have to work to get to it. No walk up like the Red. No roads!

There's a pretty good amount of rock that has very easy access. They aren't super tall so you can't see them through the trees. The park is pretty small so there isn't much adventuring to be had.
I love jugs
Top

The bad thing about geological trail is that is sees a ton of hiking and normal visitors to the park. I really hope they allow climbing in that area since it's got such cool boulders but there is also a lot of good boulders on the way down to center creek and in areas that see barely any foot traffic.
I love jugs
Top
Post Reply
16 posts