I Did not know him, but I am pretty sure he put up some routes in the Red. He was quite bad ass.

RIP
I don't have haters, I have fans in denial.
Top

He did have routes in the Red. Plugged some holes on the Undertow Wall (though uncredited) and I believe some of the old routes at The Crossroads were his. Climbed with him several times in the Red. One of the coolest was working the top of BOHICA with him before BR got the FA.
Top

I have been on many long walks through what seems like uncharted land and untouched rock at the red. The times that I have been most convinced I am the first rock climber to see said piece of cliff, Brian beat me there. Brian was one of the first to lay eyes on what is know known as the mother lode. Brian was the first to lay eyes on what could become some of the next great cliffs in the red but for now they are tucked deep in the woods reserved for future generations. And keep in mind they have been there since the mid 90's. Brian was a great pioneer pre social media, score cards and the instant gratification blitz of the glorious inter-web. He humped his gear, busted his knuckles and shit in the woods because he loved it, back in the day when the closest thing to a guide book was a napkin from cathedral or a place mat from natural bridge chuck and puke. Cheers to you Brian! I met you when I was in high school and you resoled a few pairs of shoes for me over the years...a few years ago at the NRG. RIP Fly'n Brian.
Climbing is not free. Support your local climbing organization. Labor and money precious resources!
Top

Nice words Bentley. I am sure you guys will be finding Brian's routes on hidden cliffs for many years to come.
Last edited by ynp1 on Wed Sep 03, 2014 11:32 pm, edited 1 time in total.
I don't have haters, I have fans in denial.
Top

Brian cruising The Gambler's Texas Hold 'Em in Red Rock. I still say I'm turrrrred instead of I'm tired because of him. 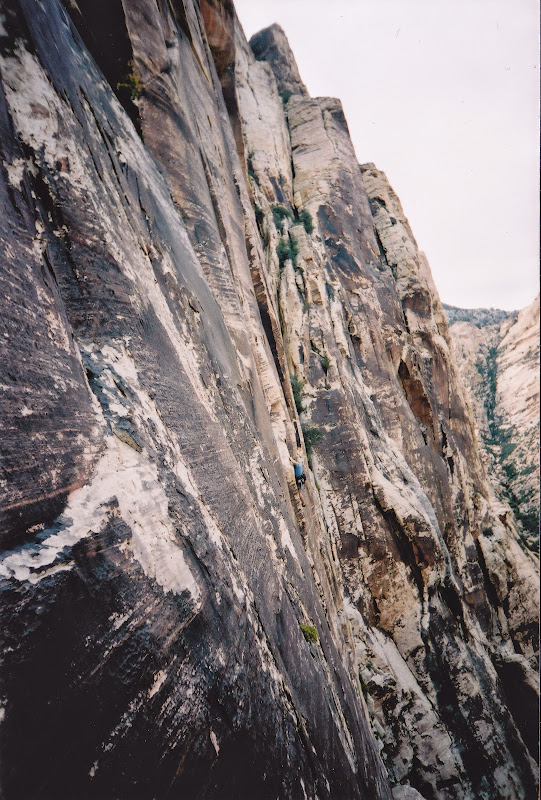 These are near new river in more obscure areas
—greatest show on earth13a, 2nd ascent of lynn hills
roof crack at meadow river gorge. Fa of temporary
insanity13a (old project) at south nuttall. Before
heading west in ’98, brian repeated an estimate of 95%
of all established routes at the new river and at the
red river gorge as well as adding many of his own routes.

-Albatross
I don't have haters, I have fans in denial.
Top
Post Reply
7 posts • Page 1 of 1